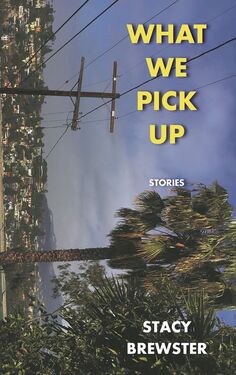 WHAT WE PICK UP
Buckman Publishing
292 pgs.

DESCRIPTION:
In his debut story collection, Brewster deftly turns cliches of boyhood and manhood on their heads, revealing the trappings and failures of American masculinity when viewed from any angle, especially a queer one.

A brash, young man recounts the life he shared with an older lover in rural, 1930s Oregon... Queer teenagers navigate a family vacation on a remote lake... An aging alcoholic is disoriented by the return of a long-lost sibling, now trans. In the title story--connected to two others in the collection--a sound recordist who survived a violent car crash as a boy and a suicide attempt as a teenager, must find his place in the world between his love of film and the perils of Hollywood exploitation.

Sharply observed, with dark humor and cinematic detail, the stories in What We Pick Up span vastly different decades and places to reveal an American landscape of fathers, sons, brothers, and lovers--gay, bi, trans, queer--all trying to re-vision a different path forward for themselves before it's too late.
TELEVISION
MINDHUNTER (spec). One-hour spec script of critically acclaimed Netflix series. Second Rounder in the Drama Spec category at the 2021 Austin Film Festival & Writers Conference.​ 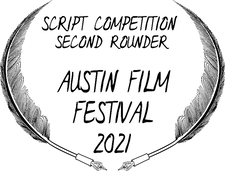 AUNT V. A teenage girl learns the fate of her namesake in South Dakota. Appeared in the Spring 2015 issue of The Minetta Review.

HOLD IT IN. A grandmother has issues with her dog on an Oregon road trip. Appeared in Issue 10.2 of New South.

RECKLESS. A hurricane impacts each member of a New Jersey family differently. Appeared in Issue 13 of Callisto: A Queer Fiction Journal.

SYZYGY. A man copes with his life in isolation as the caretaker of a family cabin along the Oregon coast. Appeared in the 2015 issue of The Santa Fe Literary Review.

"The Degenerate Cases" appeared in Issue 20 of Redactions

"Instructions for a Marriage" appeared in Vol. VIII, No. 4 of Third Wednesday

"Lilacs" appeared in Vol. VIII, No. 4 of Third Wednesday

"Song of the Radical Faerie" appeared online in Chelsea Station

Review of Emme Lund's The Boy with a Bird in His Chest (OregonLive/Oregonian, Feb 2022)

Interview with Oregon Literary Arts on 2019 Fellowship in Drama

Introduction to Moving or Still, a Write Around Portland anthology